There was this thing on Itch called the “Self – Care Jam 2”, clearly the second installment in a much – beloved and extraordinarily popular franchise of jams and the caring thereself, and I came to a few conclusions after seeing the many projects submitted to this congregation. One, wanting to kill yourself makes for some great inspiration! Two, being a furry doesn’t stop you from being depressed; quite the opposite, actually. Four… no, wait a minute. Three. Mental illness can be safely codified into a thirty minute art game and then forgotten about forever. Four, The Beginner’s Guide said more about mental illness than the vast majority of projects from people who deliberately try to represent it, and that was hardly a theme in that environmental sim at all. Five, very important: Don’t let me eat pears. I hate pears!

But you know, despite the fetishisation of suffering from chronic and incurable mental diseases as well as being bound to the shackles of the modern world which in part causes them, it’s really a lovely idea, even though this constant pampering of my generation is causing us all to have a reputation for wanting to die and conveniently ignores the vast majority of people without any mental scruples whatsoever and is insulting to imply that it’s normal for anyone even have these conditions while doing nothing to address them beyond making a few posts on social media and what have you. So instead of absorbing my own review on my own website with my own opinions and my own run – on sentences, I’ll let the other side take some space:

“2017 is almost over. It’s been quite a stressful time for a lot of us, so let’s take a week to work on something tiny for our own sake. There’s no competition, no risk, and no pressure. You don’t have to do anything big or shiny, just take a moment to get the satisfaction of making something that won’t add undue stress on yourself. You can make a game, write a poem, knit a sweater, draw a picture, compose a song, or do anything else that you would enjoy. It doesn’t need to be about the state of the world, or something that makes the people that play it feel happy. This is just for you. Have fun! And always remember to take care of yourselves. ✨” 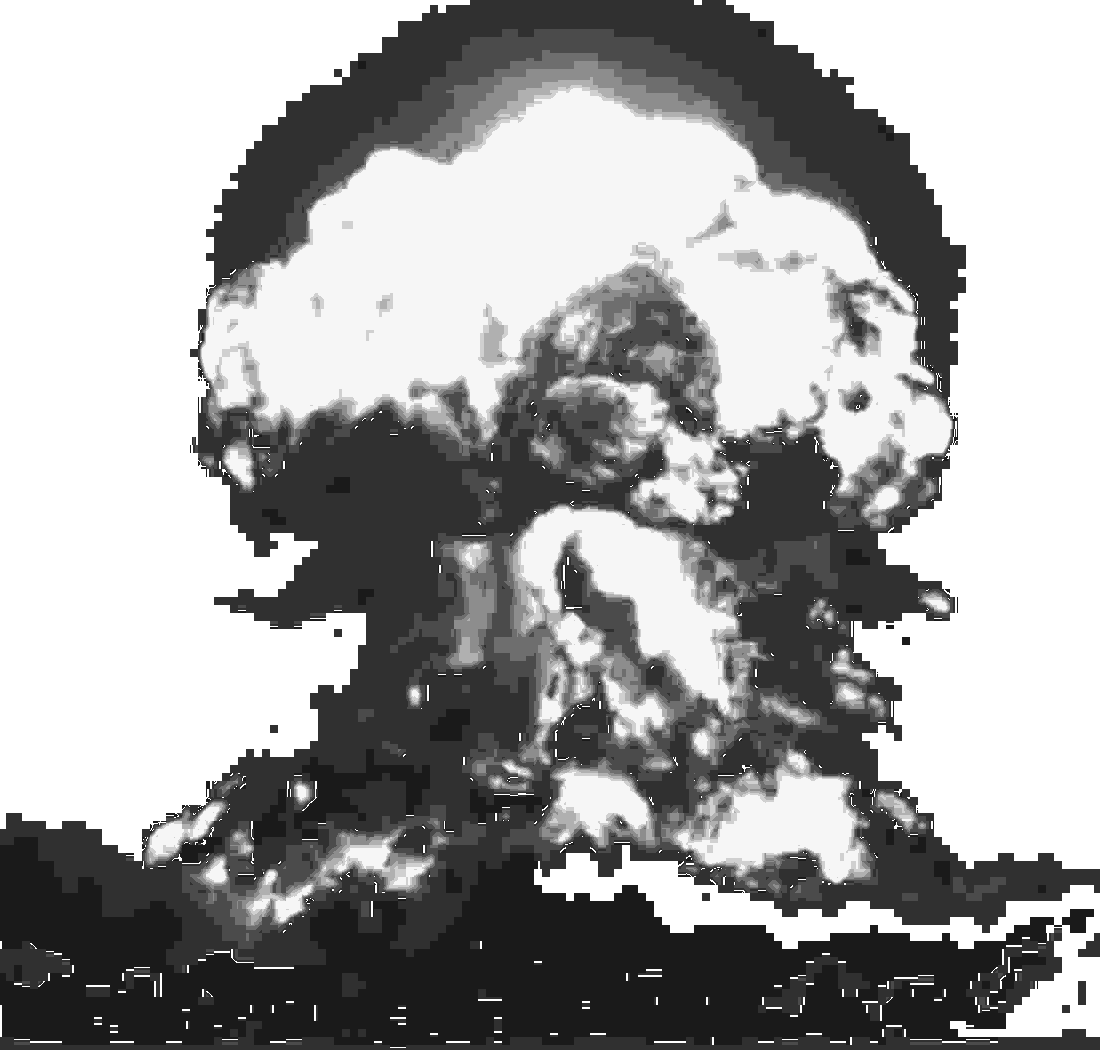 And now, back to the weather:

I’m tired from a hard day’s work of eating ice cream and sushi while returning $52.95 worth of pens, so let me get through the rest of this crap so I can hit the bricks like a pile of bricks and fall asleep like a brick. You are the star of a big – budget action film and you have the privilege to shoot and blow up as much stuff as you want to gain massive amounts of fans and prestige. Hahaha, you wish. In actuality it’s this asshole named “Cory”, quotation marks required, and you just happen to be playing as him in a power fantasy you can never hope to achieve. You get some guns, you get some barrels, and you get to shoot everything. What’s not to like?

While I can’t be that asshole, I can be an asshole, so let me just say that while the core of the gameplay is simple enough to get into, there are many little frustrations that make it a bit of a pain. As the title implies, in a series of increasingly literal titles as per yesterday’s necrophilia, you only have a hundred seconds to do your cool stunt man thing, making it a right pisser when you get knocked on your ass for two seconds at a time for falling into a stray bullet. While it may seem pedantic to state, a game which relies on a fluidity of action should have its action remain fluid, and nothing stops the pace more than losing total control over your character. Given your only defence is an invincible barrel roll with a supremely short window, it’s a bit frustrating to deal with.

Adding to that are the smaller niggles with movement and platforming. The trendy thing nowadays seems to be adding unnecessary acceleration to 2D characters, when we got along just fine with making a character move left when we pressed the left movement key. I don’t mind its existence, especially since this practice is as ancient as the Mario Brothers arcade game, but I do mind when it’s implemented poorly and all movement feels like an ice level rather than anything solid and appreciable. The rest of the physics seem amateur, seeing as I can get stuck within cars, under barrels, and clip onto the edges of boxes and not be able to jump off them. It’s interesting to note how one of the most basic aspects of games design — running and jumping — is one of the most hellish to actually implement in a game. Then again, game design as a concept is far, far harder than it has any right being, so perhaps the problem is with games themselves, and we’re all masochists for caring.

I would usually finish off this review with something funny, because I’m a formulaic hack with no artistic talent of my own and so spends my days writing about video games and anime, but the writing process behind this game is so unintentionally hilarious that I feel there is nothing else I can add to this review besides the developer’s own quotations, self – describing it as “an action game like a metal slag that never dies” and featuring a dedicated “Turn up” key, probably because “the bloody is fussy feeling excite! I sweat in my hands. I will become sexy if I am careless”. I never expected this game to exhibit such a gore fetish, but it’s given for the territory.

The Engrish in this game is so perfectly awful, so unintentionally understandable in its construction, that if I didn’t know the developer was Japanese I would have thought it to be the best satire on foreign relations since Borat as performed by Sacha Baron Cohen. The almost ancient tragedy in quotes such as “I want to become hostage anymore. That kind of rescue, all the women are pleased. There is no doubt I will be delighted” is worthy of printing on pamphlets at a Poet Lauriet’s convention and studying as part of postcard literature. The deepity on display is the type of writing that could only be produced out of either a deliberate analysis of every idiom in English and a reverse – engineering of everything it has built over its hundreds of years of existence, or a single Japanese dude trying their damn hardest to type English without understanding what the hell they even typed. This is one of the strongest arguments for globalism I’ve ever seen. It boggles the mind how awesomely bad it is, and how it only exists because of the World Wide Web.

That pretty much sums up the game proper. It’s bad, but it’s the good type of bad where kids in the 80s would call it bad because bad meant good, and “inflammable” meant “flammable”. What a country! Next you’ll be telling me “dank” is an ironic term, and how “self – care” is a tacit agreement to never have a serious discussion about your mental health issues in lieu of coating it in a self – congratulatory veneer of trendy topics like tea, stimboards, kintypes, “me_irl”, and making jokes about wanting to kill yourself while actually wanting to kill yourself. What’s next? How “autism” has been used as an insult so many times that its medical definition has become meaningless, or how Nazism has been appropriated by edgelords to the point where it’s impossible to tell actual Nazis from the troll ones? I shouldn’t have to bring this up, but if one spends most of their leisure time advocating fascist ideals ironically, then you’re not being ironic. You’re just a fascist.

Oh, wait, I’m not allowed to show intelligence while being a manly man. UH, GUNS. ACTION. TITS. Oh, fuck off.